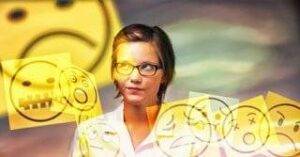 A compelling feature of alexithymia from both clinical and theoretical point of view, which is about prevention, control or treatment, is its relationship with self and its components. To consider the importance of the association, think about “being” without words or emotions. In other words, is it possible to bear alexithymia and also developing positive beliefs about self? So, what would happen to self-perception, self-awareness, and other self-components while there are impairments in the recognition, differentiation, and communication of emotions? As it’s predictable, alexithymia inversely related to self-esteem and other positive self-components.

According to the importance of the association between alexithymia and self-components, do we need to know individuals suffering from alexithymia from related theoretical points of view? For example, Anna Freud’s theory of “turning against the self” indicated that, inability to identify and express negative feelings towards others leads to a poor view of the self and as it would discuss distorted self may results in some problems or disorders. In a nutshell, this article would discuss about the implication and issues about self-components and alexithymia, specifically Coping Strategies lead to better adjustment of this population.

Our everyday interactions, not only with individuals but also with things all around us need connections to do certain behaviors. To this purpose confrontation with sources of information and appropriate interpretation of them seem to be necessary. Emotions are external frames of cognitions, information that came to surface to interact with environment and also to regulate our own behaviors. Normal personality function consists of identifying, describing and processing of self-emotions and either the emotions of others. An adjusted self then as an influential factor to development and to behave in an acceptable way, could occur. 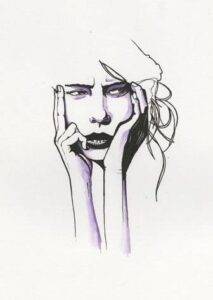 But sometimes in both clinical and community samples, individuals may have degrees of alexithymia which originally identified in psychosomatic patients who demonstrated an inability to express emotions through the symbolic use of words. It’s known with difficulty describing and elaborating on feelings, limited imagines processes, and having a thinking style focusing on external details rather than inner experience:

In the following, these features and their relationship to “self” from theoretical points of view will discussed.

Social identity theory explained self as “it arises from their awareness of themselves as an individual and from their membership in various social groups”. A main concept in this theory could consider as awareness. There are two former definitions of awareness. One definition is objective and equates awareness with the ability to make forced-choice decisions above a chance level of performance. The second definition, is subjective and simply equates awareness with self-reports indicating that an observer “consciously sees” a stimulus. It proposed awareness as capable of decision making or consciously seeing things. 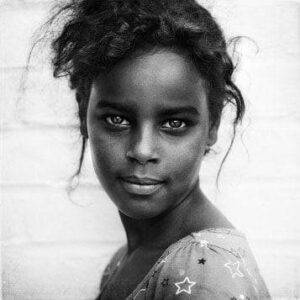 In addition to definition of the self, when we turn our attention inward to concentrate on the content of self, we are in a state known as self-awareness, which is arguably the most fundamental issue in psychology, from both a developmental and an evolutionary perspective. In A theoretical model for affective social competence (ASC), awareness is one of central and interconnected abilities within its component and ASC posited that individuals first, must have an awareness that an affective message needs to be sent. By considering self-awareness as a fundamental concept, a more recent concept on its surface which is basically studied in alexithymia field is known as emotional self-awareness. 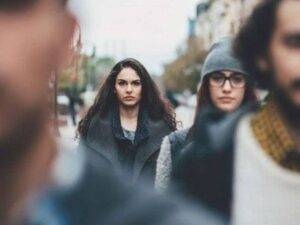 Self-esteem is determined by the position an individual holds in the world contingent on his success or failure. Our feeling of self-worth derives partially from our perceptions of where we see ourselves standing in relation to others whose skills and abilities are similar to our own. Self-esteem is a casual factor for evaluating quality of life and negative correlation between difficulty in identifying and describing feelings and self-esteem is indicated.

Self-perception and cognitive processing of emotions

Self-perception theory (SPT) argued that individuals feeling or emotions are perceptions that create by behaviors and/or the circumstances that we interact with. There are numerous studies conducted by psychologists that support the self-perception theory, demonstrating that emotions do follow behaviors. According to SPT, emotions trigger by behaviors that are just an act, but in this theory we confront with self-perception. This means, there must be an ability of perception in individuals. So if perception considered as a cognitive process it has postulated that the characteristics of the alexithymia construct reflect deficits in the cognitive processing of emotions.

So, what would have happen if alexithymic people induced to act something? Previous finding did not discriminate between cognitive operations while facing with internal or external emotion stimuli. So, if considering internal and external emotional information processing similar, it is unrealistic expectation that alexithymic individual’s self-perception works more efficiency due to an act out. Furthermore there is a difference between automatic and non-automatic process of emotional information processing. So, inducing to act out emotions could be helpful. It is indicated that alexithymia is positively associated to avoidant coping strategies, and results in difficulties in affective self-regulation. Alexithymia reflects impaired affective self-regulation and this kind of impairment is found as a risk factor of some psychiatric disorders. So, alexithymic person needs more adaptive forms of control and self-regulation.

Working with alexithymia needs to clarify whether alexithymic individual shows impairments in the processing of emotional information already at an automatic processing level or whether controlled processing is primarily impaired. A previous study found normal autobiographical retrieve of positive and negative emotional memories in alexithymic individuals. So, even there is a same cognitive operation facing with internal or external emotion stimuli, the emotional information processing level may work with less mediating of cognitive operation. This normal autobiographical retrieving, may elicit some questions about considering the process of identifying and differentiating of emotions without or with less cognitive operation between emotions as stimulus.